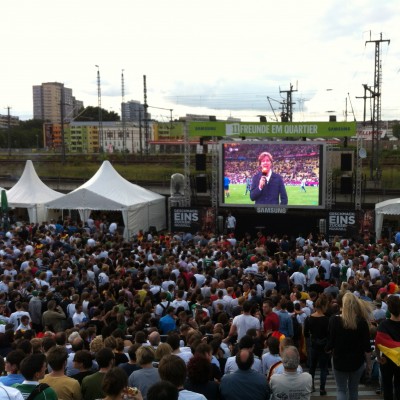 Public viewing area during the European Championship 2012 where the  EASTERN ALLSTARS exhibition was shown.

EASTERN ALLSTARS – Great Footballers between the Baltic and the Black Sea

Card set and exhibition for the EURO 2012 in Poland and Ukraine. An unbelievable team of great footballers from 100 years of football history between the Baltic and the Black Sea.